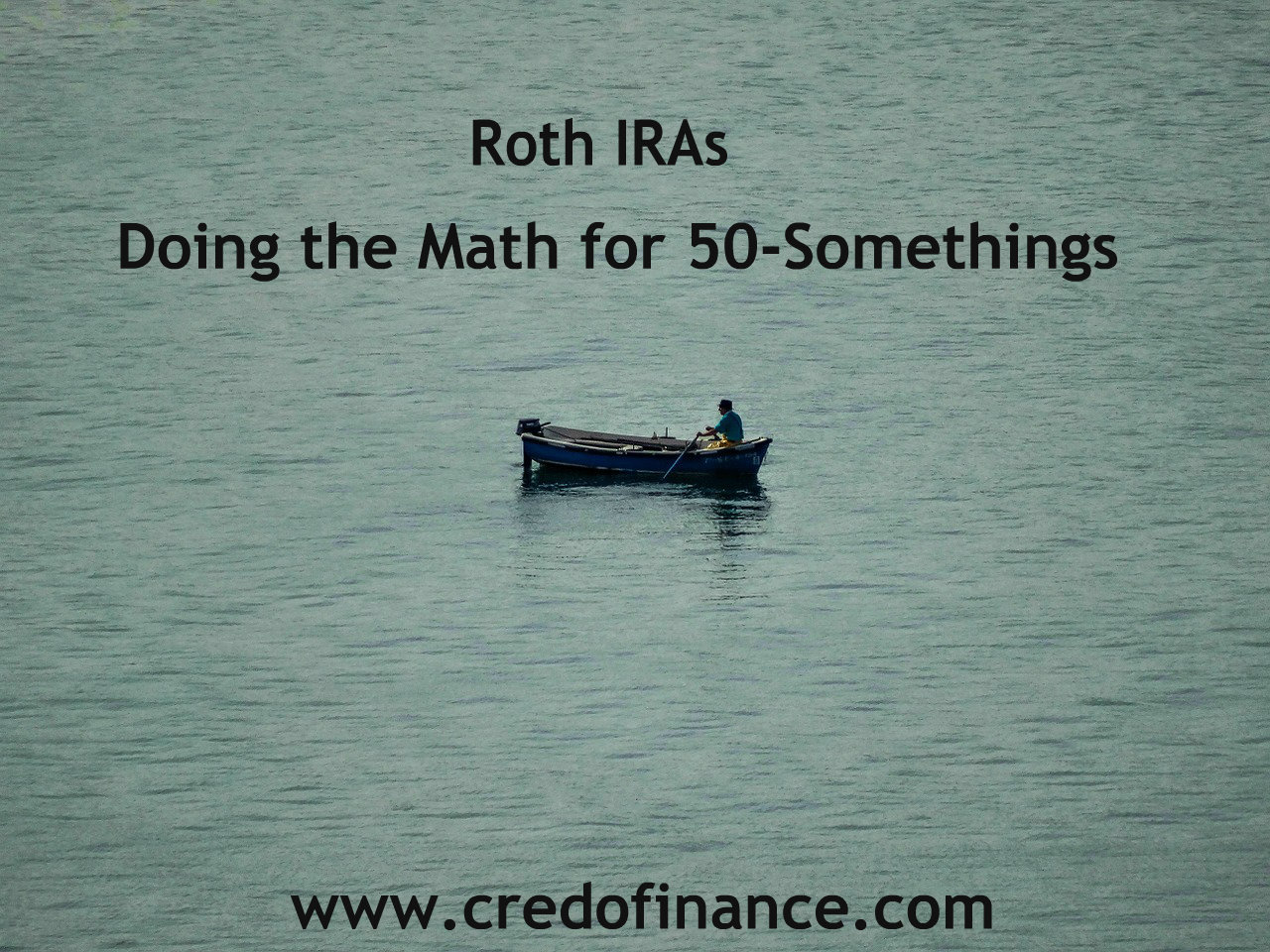 Older investors may be tempted to use Roths to generate more retirement income than they could with a traditional individual retirement account or 401(k), even if they expect to pay taxes at a lower rate down the road.

Roths are essentially mirror versions of traditional IRAs and 401(k)s.  Each is designed to build retirement assets over time by investing in a diversified portfolio.   With a traditional IRA or 401(k), you get a tax deduction upfront and get to invest pretax dollars.  When you withdraw money later on, you pay taxes on the contribution and any investment gains (in your tax bracket(s) at the time of withdrawal).

With a Roth, by contrast, you contribute after-tax dollars, and you can generally withdraw the contributions and any gains tax-free in retirement.  You can even withdraw gains before retirement age (after certain time requirements are met), making these particularly attractive to those that might be worried about liquidity.  Investors who expect their marginal tax rate to be higher in retirement can benefit, in particular, by in effect avoiding higher taxes in the future.  And, this can be an annual decision making process if income tends to fluctuate from year to year.

Now, consider a hypothetical 55-year-old person plugged into a spreadsheet supplied by their advisor.  The person pays taxes at the 28% rate and drops to a 25% rate after retiring at 65.  Not a large spread, it seems, in the tax rate, but this person could end up with 8% more after-tax income during a 30-year retirement by contributing to a Roth instead of a traditional account.

Admittedly, the advantage is smaller over the shorter term.  If that person contributes $6,500 –the maximum for people 50 years and older – to a Roth IRA and the $6,500 grows at 7% a year, he or she would have $12,786 after 10 years, which could be withdrawn without paying any tax.

A person who contributed the same amount to a traditional IRA – and who invested the tax savings in a separate taxable account – would end up with $12,566, or $220 less than with the Roth.  Paying taxes on that separate account each year is what gives the Roth its advantage (you don’t pay tax on the gains upon withdrawal).

But, a person who really wants to capitalize on this advantage by choosing a Roth IRA over a traditional account should be aware of two important caveats.

First, since the advantage is relatively small, it can take many years for an investment in Roth to develop a meaningful edge over a traditional account if a person will be moving to a lower tax rate in retirement.

The hypothetical scenario achieves the 8% increase in after-tax income in retirement by keeping the Roth IRA invested for 40 years, including the 10 years before retirement at 65 and the 30 years during retirement in which the money earns 6% annually and is gradually withdrawn.

Second, a person who expects to drop to a lower tax rate would need to contribute the maximum allowable amount to a Roth to take full advantage of the boost a Roth can provide.

However, the Roth might still be a worthwhile choice.  For example, a person in a Roth IRA wouldn’t have to take minimum distributions after age 70 1/2 and pay tax on them, as the investor would with a traditional IRA.  And, if the tax rate gap widens, the benefits of the Roth become more clear.   As we all know, sometimes the rates can vary widely between the different brackets.

Even if you don’t know what your tax rate will be, a Roth can still be useful.  By having money in both Roth and traditional accounts, you may be able to diversify your tax exposure so not every cent of your retirement savings is taxed at whatever rate some future Congress sets for ordinary income.  This puts the government in control and takes the control away from you.

A much better scenario is to have hefty amounts in both a traditional and Roth account, and you then pick from whichever account makes sense given the current tax rates in place at withdrawal.  Rates are low, take from the traditional.  Rates are increased, take from the Roth.  This will achieve a better result in being tax efficient with your retirement withdrawals.

And, by the way, tax-free Roth distributions won’t trigger taxes on your Social Security benefits, as can sometimes happen with withdrawals from a traditional IRA or 401(k).

The bottom line is, we can’t be sure of what tax rates will be in the next 50 years.  But, we can plan for it so we are tax efficient and have options as to what pools of money to pull from, based on the tax rates.  The small time investment to be a little smarter than the average person can yield huge benefits for you in retirement.