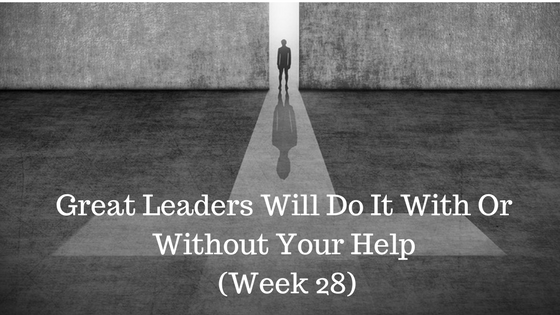 “WOWSE” is an acronym used for the phrase “With or without someone else”.  This phrase is often used to describe a leader’s drive or determination to achieve his/her mission.  In my professional life, I see this time in and time out from determined entrepreneurs.  If you’re a banker, and you want to help entrepreneurs get to their goals, great!  If not, they’ll get there anyway, with or without you.  You want to join their company, or partner with them and be a part of the mission?  Great!  If you don’t, it won’t deter them.  They will do it without you.

If leaders are not willing to fulfill the mission without someone else’s help, then they are not committed to it deeply enough to really be a great leader of that mission.  Their passion and drive have to be so strong that it will overcome almost any obstacle.  Somebody choosing not to help them doesn’t cause any slump in their passion.  It might delay the mission, but it never deters the leader.

In the Old Testament, David went to meet Goliath.  Although I cannot be sure of this, there is nothing in the scriptures that states David looked back, nor did he expect anyone else to follow him (the Israelite soldiers).  David knew what his mission was, and he had a great passion for it (obviously).  He confronted the giant (Goliath), and thus, the Palestinians, by himself.  I can’t imagine that he would have been displeased by other Israelites following him into the fight, but that didn’t matter to him.  He was going to do it WOWSE.  That’s the mark of a great leader.  And, a great leader he was.

On occasion, leaders might do things that might seem to be “beneath their pay grade”.  Great leaders find themselves in this position quite often, in fact.  The WOWSE concept doesn’t just apply when they are not receiving help/followers.  Sometimes, it’s out of need.  It’s because they are the ones there to do the job, and the job is important to the mission.  If a letter needs to go out, and you are the only one around, then by gosh stamp and mail the letter yourself!  If 100 letters need to go out to customers, and you’re the best equipped to do it in the time frame needed, then do that too!  There is no doubt that great leaders are masters at delegation and making the most out of the resources available to them (see week 12).  But, they have no hesitation in humbling themselves and doing what needs to be done, at the time that calls for it.

Jesus delegated his entire ministry to 12 apostles.  He also washed their feet on his hands and knees.  He was a master at both delegation and humility, at the same time.  In the business world, I often see people spending way too much time checking their job descriptions and trying to pass responsibilities to others.  In contrast, companies that have a “get the job done” attitude/culture are the ones that succeed.  And, they have joyful, satisfying cultures.  Cultures where people spend more time thinking about their job duties and roles/responsibilities than actually getting things done make both their leaders and the companies suffer greatly (and these cultures start from the top down, no doubt).  I have worked in environments like that, and I can’t stand it!  It’s so demotivating and disappointing that it is easy to lose motivation and burn out very quickly.

On a personal note, and as an example of WOWSE, I am very passionate about Credo’s annual professional tennis tournament that benefits HOPE International — www.credotennischampionships.com.  The event is great, and it’s because of the people that are involved in making it happen and doing a great job at that.  But, I have to admit, I was going to do it WOWSE.  I want the help, and I want the teamwork, but I was determined to do it no matter what.  So, the event can be mediocre, good, or great, and that depends a lot on the people involved.  But, the point is, it was going to happen with or without anyone’s help.  I was, and still am, very determined to make the event the very best it can be each year.  And, I intend to do it WOWSE. 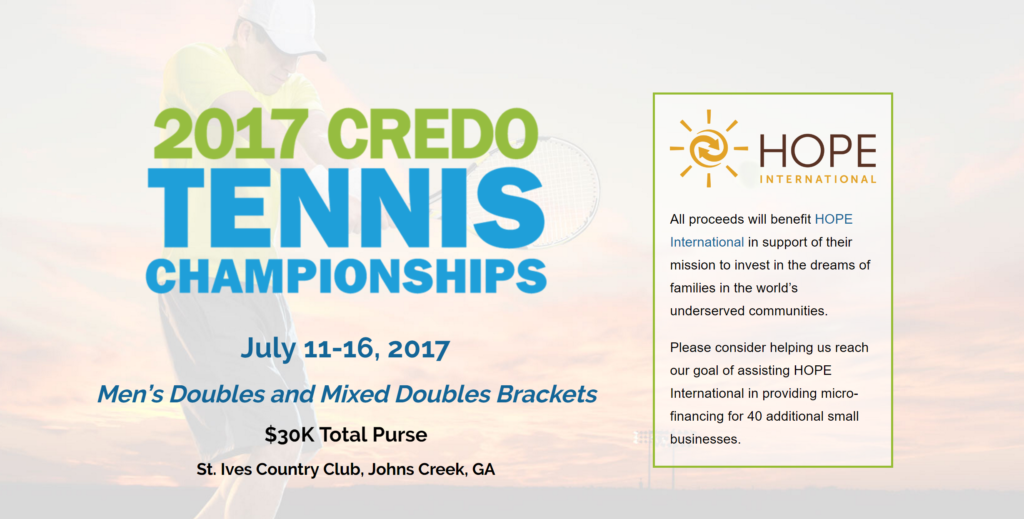 Jesus was committed to teaching, preaching, and healing.  He was doing this whether or not anyone else came along to support him or help him.  He accepted help, and he loved when people gave up their worldly lives to follow him.  But, he wasn’t dependent on them, nor did he need them.  Even when he was offered help, if the help would get in the way of the mission, he refused it.  However, he never refused anyone that wanted to follow him.  His followers would ultimately grow the entire Christian religion here on Earth through their discipleship and spreading of the Gospel.  But, to reiterate, he was not dependent on any of them.  He was never deterred (and still isn’t) by people choosing to reject him (and many people did).  He was going to achieve his mission no matter what.  He was going to do it WOWSE.