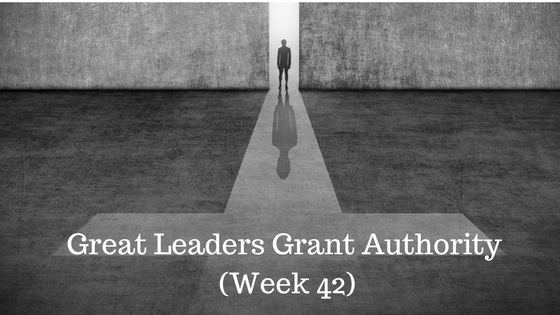 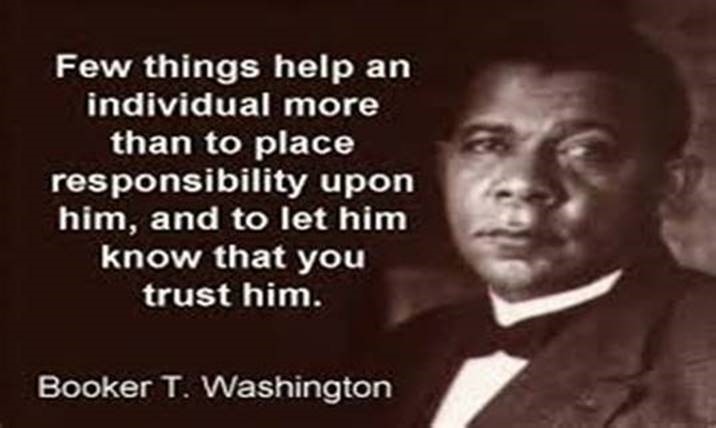 Think for a minute about how much time is wasted in the global economy by people trying to accomplish important objectives without the authority needed to achieve those objectives.  I am willing to bet that if we tallied all the hours wasted by this simple impediment, the figure would be staggering.

I see people all the time come up with great ideas.  I see and hear about insightful solutions to big, complex problems.  They even go so far as to create execution plans that could make those ideas and solutions a reality.  And, then, these plans sit on the shelf and collect dust.

Power is a tricky thing.  Most people, especially the “type A” personality, love the euphoria and sense of control that power seems to bring.  The more power, the more the high.  The more power, the harder it is to give it up.  Most of us seem to become intoxicated with it, and then once we get some, we want more.  Giving it up is nearly unthinkable.

In reality, power only gives us a false sense of control, a counterfeit sense of importance, or both.  They are reaching for the wrong things in life.  This type of leader can handcuff a mission and the people in it.  Neither the organization nor the people in it, can truly flourish.

In chaotic or confusing times, a leader’s default instinct may be to strive for greater organization and efficiency by tightening control. But, that is merely an illusion.  The truth is that relinquishing authority and mandating autonomy in others can boost both innovation and success, even during crises.  There is now growing research that provides hard evidence that leaders who give in to the urge to clamp down can seriously damage their organizations.

Great leaders do not get things done by issuing orders and directives to obedient, non-threatening subordinates.  Rather, they achieve success by unleashing the energy of the organization by creating a culture that generates a sense of empowerment and engagement in their people.  They do this by giving away – not hoarding – the power and authority.

Now, that sounds nice, but granting others authority surely requires a very high level of trust.  I believe this is why there are so many confused employees in businesses.  Their frustrations and lack of authority usually stem from mistrust at the top (for those that are not merely power hungry).  This is also a symptom of a leader operating out of fear.  Fear is the kryptonite of empowerment and delegation.  These fears are usually not found in reality.  They are usually founded in the mind of the leader and their own flaws and insecurities.

If you don’t trust your team, take time to figure out why.  First, look in the mirror.  Own your part in this.  Figure out your flaws and blind spots that cause you to mistrust people.  Think about your past wounds, and that those wounds might be clouding your judgment.  Take as much time as you need to make sure you have clarity on this.  Keep asking “why” to yourself until you find yourself at the root.

If you can get past these (and you have addressed them) and still don’t trust your people, it is probable that you have the wrong people.  Don’t kid yourself.  Holding on to the wrong people hurts everyone – it hurts the organization, it hurts you, it hurts your team, and it even hurts the wrong person.  Let them go and let them find a place where they can be competent and flourish.  You’re being selfish in holding on to them.  If you find that you can’t make these decisions, then you can’t be a leader, let alone a great one.

Please do not skip the part of looking at yourself first.  It’s very tempting to jump over that part, or rush that part, and start looking at others.  It is always better to take a good, long, hard look in the mirror before looking out the window.  I do believe, however, you need to do both.  You can never do one and not the other.  Just do it in the right order, and be brutally honest when you do it.

Jesus empowered his followers with authority even when they didn’t feel ready for it.  He sent them out to heal the sick and raise the dead!  They came back with tales of success, but that was coupled with their own disbelief.  Jesus still couldn’t understand why they weren’t believing it!  Even so, he still gave them the authority, and, eventually, they became good at carrying out that authority the way it was intended.  This was the way it had to be, because, obviously Jesus was leaving the world, and he had to have people to carry on his work.  In Matthew 9:37, Jesus says, “The harvest is plentiful, but the workers are few”.  This was a strong commentary as to why it was so important that he relinquished authority to his followers.  But, Jesus didn’t stop there.

After granting the authority, he gave them clear instructions on how to use it.  In Matthew 10, Jesus laid it all out:

“Don’t begin by traveling to some far-off place to convert unbelievers.  And don’t try to be dramatic by tackling some public enemy.  Go to the lost, confused people right here in the neighborhood. Tell them that the Kingdom is here.  Bring health to the sick.  Raise the dead. Touch the untouchables. Kick out the demons. You have been treated generously, so live generously.

Don’t think you have to put on a fund-raising campaign before you start. You don’t need a lot of equipment. You are the equipment, and all you need to keep that going is three meals a day. Travel light.

When you enter a town or village, don’t insist on staying in a luxury inn.  Get a modest place with some modest people, and be content there until you leave.

When you knock on a door, be courteous in your greeting.  If they welcome you, be gentle in your conversation.  If they don’t welcome you, quietly withdraw.  Don’t make a scene.  Shrug your shoulders and be on your way.  You can be sure that on Judgment Day they’ll be mighty sorry—but it’s no concern of yours now.

Stay alert.  This is hazardous work I’m assigning you.  You’re going to be like sheep running through a wolf pack, so don’t call attention to yourselves.  Be as cunning as a snake, inoffensive as a dove.

Don’t be naive.  Some people will impugn your motives, others will smear your reputation—just because you believe in me.  Don’t be upset when they haul you before the civil authorities.  Without knowing it, they’ve done you—and me—a favor, given you a platform for preaching the Kingdom news!  And don’t worry about what you’ll say or how you’ll say it.  The right words will be there; the Spirit of your Father will supply the words.

When people realize it is the living God you are presenting and not some idol that makes them feel good, they are going to turn on you, even people in your own family.  There is a great irony here:  proclaiming so much love, experiencing so much hate!  But, don’t quit.  Don’t cave in.  It is all well worth it in the end.  It is not success you are after in such times but survival.  Be survivors!”

He lays out these instructions in so much detail, and they run so deep.  What is most impressive to me is how efficiently he does this!  Every word he uses is very clear, and every word matters.

Jesus knew that he had to grant authority to others to leverage his own gifts and power.  Without it, his mission and message would have died with him.  Great leaders know that their own skills and talents will die with them if they don’t pass them along.  In order to do that, they must face their own fears and give up their authority to others.

Some leaders don’t want to do this, and that’s ok if they can’t.  They can still have SOME success.  Great leaders know that they MUST give it out if they are to let their mission grow and develop to its full potential…