Two days ago on December 16, Congress approved legislation extending the Section 179 rules for 2014.

We are just waiting for the President’s signature, which is expected.

Essentially, just for 2014, we return back to the $500,000 Section 179 limit and the $2 million overall investment limit for this tax year. The new legislation also allows businesses to use Section 179 to deduct the cost of off-the-shelf computer software rather than depreciate it.

The Section 179 limit will return to the $25,000 level (with a $200,000 investment limit) in 2015 unless Congress takes action to extend it again.  (Typical Congressional action- punt to a future year for the next Congress to deal with it rather than grab the bull by the horns this year).

Planning Strategy– If you need to purchase some much needed equipment, a truck, or tangible personal property that you use in the business at least 51% of the time…consider taking a write-off in 2014 and making the purchase before December 31st!

Don’t Forget– The SUV/Truck, with less than a 6′ bed, will still be subject to the 25k limit, AND you can’t take the 179 deduction if it creates a net-loss in your business.  Essentially you need to have income for the 179 to chew up and can’t drive your business into a loss with a big truck purchase and 179 it (no pun intended).

The Basics– Section 179 is one of the most useful tax deductions for small businesses. It allows smaller businesses to deduct in a single year (instead of depreciating over time) the cost of tangible personal property they purchase and use for business at least 51% of the time. The overall investment limit reduces the amount you can deduct in any year by reducing the annual limit by the amount by which the cost of qualifying property exceeds $2 million for the year.

For more tax tips and articles, visit our website at www.credofinance.flywheelsites.com 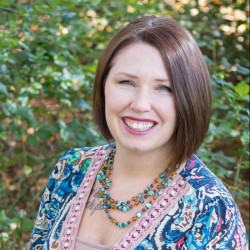